Opals has raised over £100 for people living with cancer by hosting an event as part of Macmillan Cancer Support’s World Biggest Coffee Morning. The event was held on Thursday 26th September at Opals Group HQ in Aston Business Park.

Macmillan is almost entirely funded by donations and simply cannot support the growing number of people with cancer who need them without the public’s help. Every two minutes someone in the UK is diagnosed with cancer. There are over 2.5 million people living with cancer in the UK and this is set to grow to almost 4 million by 2030.

Opals Director, Sam Hodge says “We are so proud to have raised such a good amount for Macmillan Cancer Support. Every pound counts and will make such a difference to people living with cancer. I want to thank everyone who baked, bought and made it such a success. This is an event the company intends to support for many years to come.” 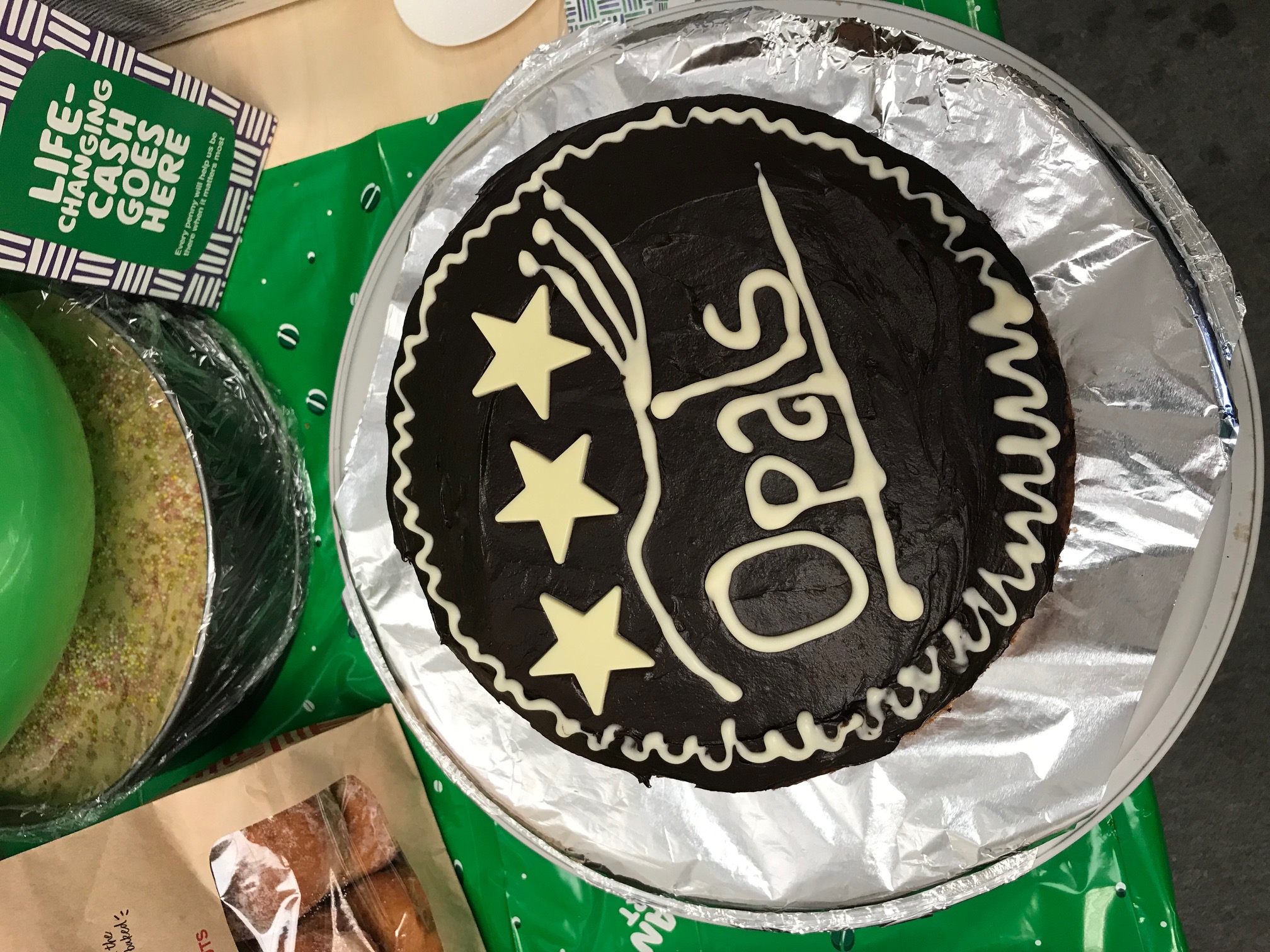 Opals Group is an established UK-based Network Infrastructure Services company, we work with major network operators, technology vendors and engineering companies to design, build, manage and maintain the next generation of communication networks.

This website uses cookies to improve your experience while you navigate through the website. Out of these, the cookies that are categorized as necessary are stored on your browser as they are essential for the working of basic functionalities of the website. We also use third-party cookies that help us analyze and understand how you use this website. These cookies will be stored in your browser only with your consent. You also have the option to opt-out of these cookies. But opting out of some of these cookies may affect your browsing experience.
Necessary Always Enabled
Necessary cookies are absolutely essential for the website to function properly. These cookies ensure basic functionalities and security features of the website, anonymously.
Functional
Functional cookies help to perform certain functionalities like sharing the content of the website on social media platforms, collect feedbacks, and other third-party features.
Performance
Performance cookies are used to understand and analyze the key performance indexes of the website which helps in delivering a better user experience for the visitors.
Analytics
Analytical cookies are used to understand how visitors interact with the website. These cookies help provide information on metrics the number of visitors, bounce rate, traffic source, etc.
Advertisement
Advertisement cookies are used to provide visitors with relevant ads and marketing campaigns. These cookies track visitors across websites and collect information to provide customized ads.
Others
Other uncategorized cookies are those that are being analyzed and have not been classified into a category as yet.
SAVE & ACCEPT
Powered by